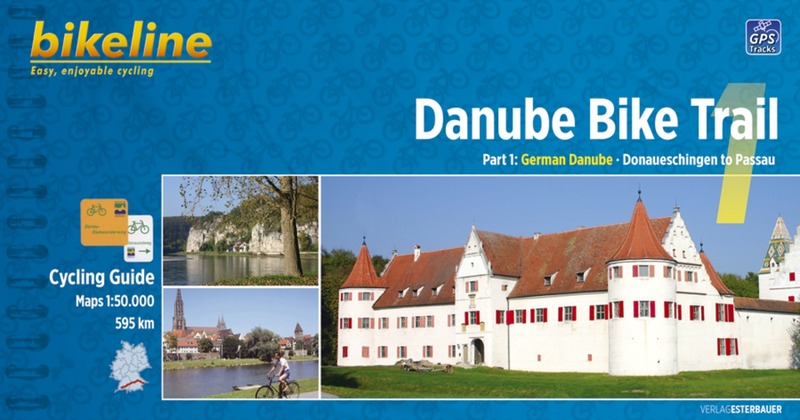 The Danube is not merely one of Europe’s great rivers. At 2,888 kilometers from the source of the Breg and 2,845 kilometers from the confluence of the Breg, Brigach and Danube Spring in Donaueschingen, it is the second longest river in Europe; only the Volga (3,534 kilometers) is longer. It is one thousand kilometers longer than the Rhine, and collects water from a catchment basin that is more than four times as large. The Danube flows through or along the borders of ten nations and has long served as one of the most important transportation links between Europe and Asia. Let us follow the Danube from its modest beginnings in southwestern Germany. Deep in the Black Forest, a few kilometers northwest of Furtwangen, the map notes the source of the Danube. If one follows this tiny stream, it reaches the village of Zindelstein, where it acquires a name: the Breg. It keeps this name as far as Donaueschingen, where it meets a second stream, the Brigach, coming from near Triberg to the north. The two streams merge and acquire a new name, the Danube (Donau in German), which it keeps in various forms and languages all the way to the Black Sea.
The Danube is unique in Europe for another reason. As the only river in the continent which measures its kilometers from the mouth towards the source, it “ends” in Donaueschingen. In the 19th century, the residents of Donaueschingen erected an impressive basin around a karst-spring in the city’s Schlosspark and declared it the river’s source. This basin is decorated with a marble sculpture that shows the Danube as a small girl next to a woman who represents the Baar, the rolling hill country that surrounds the city. The Baar points the girl eastward towards the sea. The site does little to suggest a great river, however, as the waters from this purported “source” immediately disappear between metal bars into underwater pipes leading to the nearby Brigach. Downstream from Donaueschingen, the Danube has barely begun its meandering march eastward when it reaches the foothills of the Swabian Alb near the town of Immendingen. This plateau is formed of porous limestone and provides the conditions for a remarkable and curious phenomenon called the Danube Sink. With a spooky gurgling and hissing, the river’s waters disappear into the ground and flow beneath the surface until they reemerge 12 kilometers further East. The banks of the Danube offer a rich diversity of natural and cultural sights. In Mühlheim, for instance, the medieval Enzberger castle and curious St. Gallus church look down on the river. Rocky promontories rise above the valley floor and provide habitat for many unusual birds and plants. Ancient strongholds and castles keep guard over the river from strategic points along the valley. There is the massive Beuron Archabbey, for instance, built by the Austrian architect Franz Beer, or nearby Wildenstein Castle where the hard-drinking Count Gottfried von Zimmer sought refuge from the Black Plague in 1528 and thus also avoided the peasant uprisings that followed. Werenwag Castle is where the minstrel Hugo von Werenwag wrote his verse around 1260. Nearby Kreenheinstetten was the birthplace in 1644 of Johann Ulrich Megerle, who later became famous in Vienna as the eloquent preacher Abraham a Sancta Clara. Each of these castles offers interesting views of the valley that the Danube has carved into the jurassic rock. The valley widens near Inzigkofen before the river reaches Sigmaringen, where a proud castle, the one-time residence of the Hohenzollerns, rises above a confusion of ancient roofs. From Sigmaringen the river continues in leisurely loops before emerging from the Swabian Alb at Ulm. On its way to the Ingolstadt basin your cycling tour passes through a number of particularly scenic areas, including the Leibi nature preserve near Günzburg, many pristine flood plain areas, past Donauried and Donaumoos. This stretch of the ride also visits the charming towns of Dillingen, Gundelfingen, the renaissance city of Neuburg, and Vohburg with its city walls and gates, before entering the Danube Gorge between Weltenburg and Kelheim. From Regensburg, the Danube is navigable by ships and meets the Rhein-Main-Danube canal, which emerges from the Altmühl valley. With its 18 locks, the canal passes through the Upper Palatinate and Franconia to enable river traffic to travel from the North Sea to the Black Sea. The character of the Danube’s valley also changes at Regensburg, which is the northern-most city along the river. North of the river, the Bavarian Forest rises away toward the Czech border and the central German highlands. To the South, the fertile soils of Bavaria’s breadbasket extend towards the foothills of the Alps. The Danube leaves Germany at Passau, the three-rivers city situated at the confluence of the Danube, Inn and Ilz rivers. They join to make the Danube qualify as a great river worthy of legend and fame.

The Length
The Danube cycling route between Donaueschingen and Passau is about 580 kilometers in length, not including about 210 kilometers of alternative routes and excursions.

Surface quality and traffic
Most of the route follows quiet country lanes or dedicated cycling paths. Sections with heavier traffic are rare and usually short. With only a few exceptions, the roads and paths have a hard surface. Gravel sections are usually in good condition. Because the route follows the course of the river, it is almost completely flat. It is mostly on the excursions into the surrounding countryside that must expect some steep sections. It is possible that during flooding part of the route is unusable or closed and you need to use alternative routes.

Signage
Signposting along the Danube bicycle route is generally reliable and signs are located at every change in direction at forks and intersections.

add to wish list
€ 14.50
quantity
- 1 +
ship to :: Italia
Corriere espresso € 5.50
availability
usually shipped within 10/25 days
add to cart
About cookies
We use cookies on our website, the cookies we use do not store personally identifiable information nor can they harm your computer. We want our website to be informative, personal, and as user friendly as possible and cookies help us to achieve that goal
What are cookies?
A cookie is a small file and holds a certain amount of data, which our website can send to your browser. It may then be stored on your computer's hard drive and can be accessed by our web server. This cookie data can then be retrieved and can allow us to customise our web pages and services accordingly. It's important to clarify that cookies do not collect any personal data stored on your hard drive or computer.
How does this website use cookies?
• Session cookies are used in order to allow customers to carry information across pages of the website, without having to re-enter such information. These cookies delete themselves automatically when you leave a website and go to another, or when you shut down your browser.